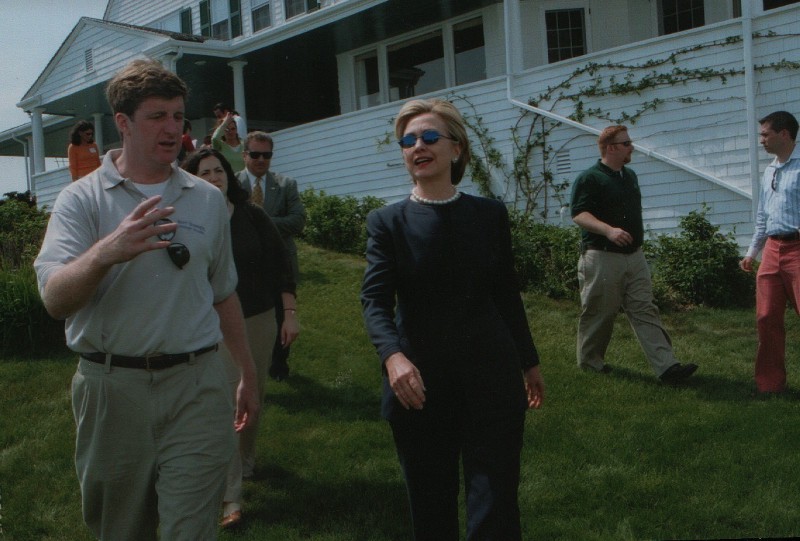 When I heard Hillary Clinton was about to release her long-awaited mental health care plan, I found myself flashing back to the early 1990s, when I was a very young state rep trying to hide a very big secret — I had bipolar disorder and was addicted to alcohol and painkillers. My hope was that the new Clinton administration was going to finally be able to take political action that would force mental illness and addiction to be treated like all other medical diseases. And maybe I wouldn’t have to suffer in silence any more.

Hillary Clinton was the first politician of our generation who really understood mental health. The original Clinton healthcare plan promised that not only would there be insurance parity, but there wouldn’t even be separate facilities for these illnesses anymore.

There would be, as we now say, “no health without mental health.”

I remember mourning the death of the Clinton healthcare plan for that reason — especially since I was elected to Congress for the first time in 1994, too late to support it. I was crushed when my father helped craft a version of mental health parity in 1996 that didn’t really offer any parity at all. And I hoped that the Clinton promise of brain health equality would be delivered by a Gore presidency: I even came out with my mental illness for the first time, unplanned, when I got swept up in the moment at a 2000 presidential campaign event, while I was chair of the Democratic Congressional Campaign Committee. After that defeat, we had to start over from scratch.

My father and I worked with Senator Hillary Clinton on what became the Mental Health Parity and Addiction Equity Act of 2008 — a sweeping piece of legislation that still, frankly, hasn’t been operationalized in a way that patients actually feel the differences of its protections. And during this year’s presidential campaign — in which the issue of mental illness has mostly come up in terms of debating the merits of using psychiatric diagnoses to criticize one’s opponent — I have been watching and waiting to see what Hillary would do on these issues. My belief has always been that, electioneering and political posturing aside, President Hillary Clinton would be the same smart fighter on mental illness that First Lady Hillary Clinton was in 1992. Because, when it comes to the huge challenges of diagnosing, treating, researching and, maybe, some day preventing brain diseases, you either “get it” or you don’t. Hillary was one of the first people I ever met in Washington who got it.

Today the Clinton campaign released the most comprehensive plan ever — by an actual candidate who could be president — to reform mental health addiction care top to bottom. It also promises, that “the next generation must grow up knowing that mental health is a key component of overall health and there is no shame, stigma, or barriers to seeking out care.” The plan embraces the smartest and most evidence-based approaches to enforcement of the parity laws; open science; early intervention tied to appropriate medical treatment, behavioral therapy and peer support. It is a plan that will work for the millions already getting mental health and addiction treatment, and the millions more who have avoided it because of discrimination or difficulty in finding caregivers or coverage.

That plan looks at the needs over the next five years and beyond. Hillary’s plan, as it should, lays out what she is ready to do, immediately, right after she is elected. It is the right plan for right now, and there is no political issue on which Hillary has been more on the money during her entire career. I urge everyone to support this bold initiative. We cannot stop until diseases of the brain are treated like disease of every other part of the body.

The Kennedy Forum
Sign up for email updates from Patrick J. Kennedy